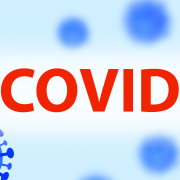 From the Georgia Department of Public Health (https://dph.georgia.gov)

Upson and its surrounding counties have seen record numbers of COVID-19 cases, deaths and hospitalizations in the month of January.

Upson County reported 405 new cases in January, breaking last month’s record for the highest number of cases in a single month since the beginning of the pandemic. There were 14 new deaths, the highest death toll since April 2020 when a total of 18 people died from COVID-19.

New hospitalizations were at a record high of 24. For Georgia’s Hospital Region F, which includes Upson County, the percentage of hospitalized patients with COVID-19 averaged 22% in December and increased to 37% in January, which is higher than the State’s January average of 31%.

All counties in the area remain in the Red Zone for test positivity except Crawford County which has just moved up to the Yellow Zone in the past week. No counties in Georgia have been in the Green Zone since the end of December.

Want to join the discussion?
Feel free to contribute!

THOMASTON’S ZAC AT THE SUPER BOWL